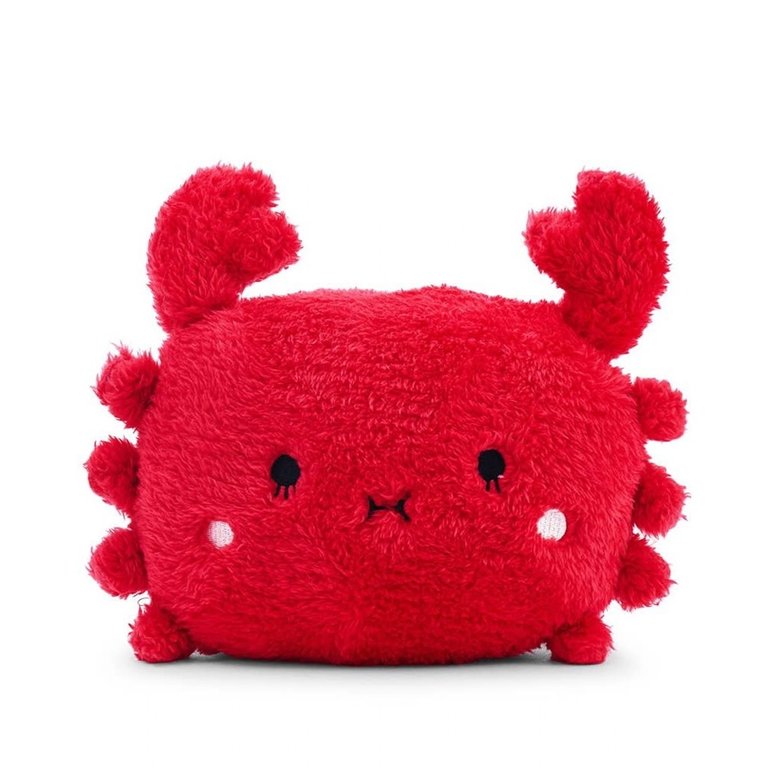 This baby Ricesurimi is a happy little crab who's always dancing on the sea floor snip-snapping their chubby claws! Ricesurimi has an extra soft bright red body, crab claws, and a sweet embroidered face. This Ricesurimi fluffy toy is extra snuggly and makes the perfect playtime pal.