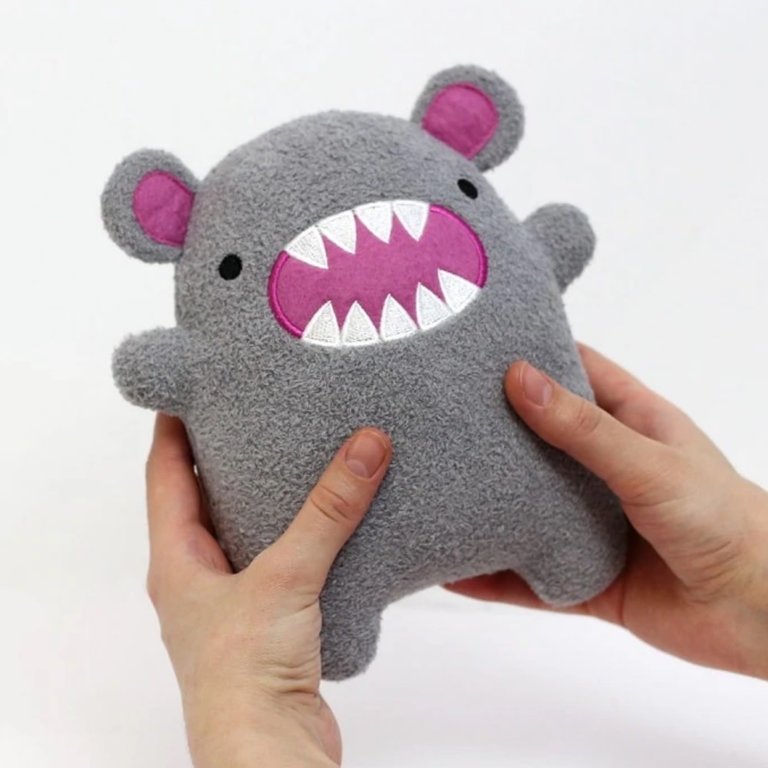 Riceroar loves to sing at the top of their lungs around Ricetown Centre. This noisy Ricemonster has a soft grey body, an embroidered face, and a big toothy mouth!