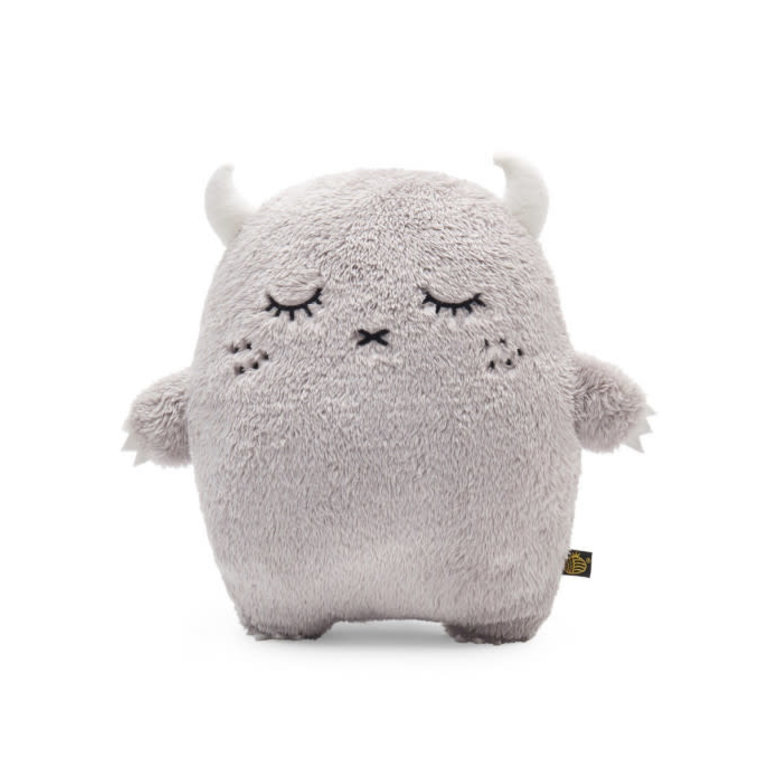 Ricepuffy is Ricetown Icy Park's sleepiest resident, who turns into a little monster when woken up! Ricepuffy has a soft grey body, a cute embroidered face with lovely lashes and freckles and spiky white horns.