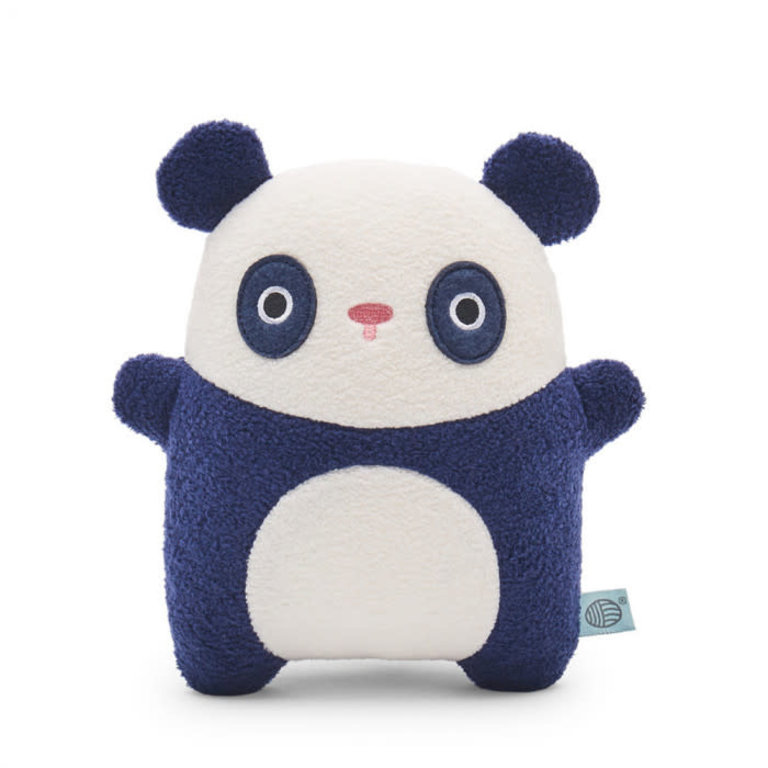 Ricebamboo is a fussy panda who lives in Ricetown Forest. Ricebamboo has got a navy blue and white body, with an embroidered little pink nose and a white pom-pom tail. Ricebamboo is the perfect first teddy bear for cuddle-time and pretend play!